Party at the Beach House – Part One

Beach House Décor on a Budget

Themed parties are lots of fun and you don’t have to spend a ton of money at a party store to get decorations for the occasion. Remember that you may only be using decorations once. Here’s how to decorate for a beach party on a budget.

I found some striped taper candles at Dollar Tree that put me in mind of lighthouses. They came two in a package in different colours. For this simple centrepiece fill a low glass bowl with white decorative sand and centre the candle “lighthouse.” 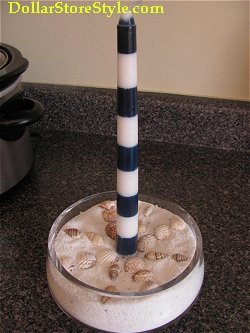 Use some small shells to make a pattern around the candle’s base. Here I’ve created a kind of star pattern using two different kinds of shells. You could use sea glass, instead of shells, to add some colour at the base of the lighthouse. A combination of both might also look nice.

I thought it would be kind of fun to turn the bathroom into an outhouse. I found some outhouse rules online and printed some on decorative paper I already had on hand. But you don’t need special paper. Add an outhouse picture to the top of the page, if you like. 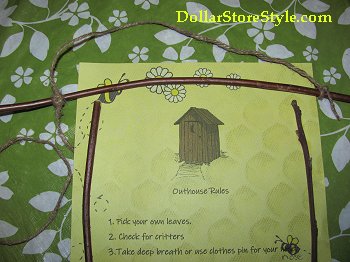 Here, I’ve used some found twigs and positioned them as a frame for my rustic sign. Use a longer twig for the top of the sign so you’ll have someplace to attach a hanger.

Once you’ve arranged the twigs to your liking, use craft glue to attach them. Give the glue plenty of time to dry. 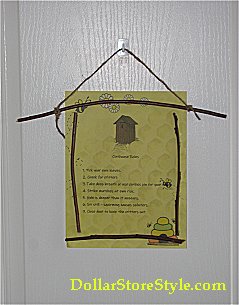 Next, tie some twine to the top twig to make a hanger. I used a command hook on the outside of the bathroom door to hang the completed sign.

The next décor item involves making a banner of nautical flags.

You will need some thin cord or rope and three packages of paper napkins. (yellow not shown.) 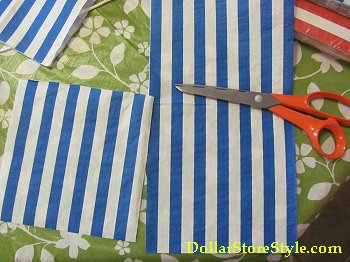 Unfold each napkin and cut along the folds so you have four squares. I used three different colours that are prominent in real nautical flags. 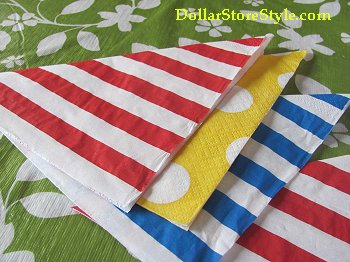 Fold each square into a triangle. 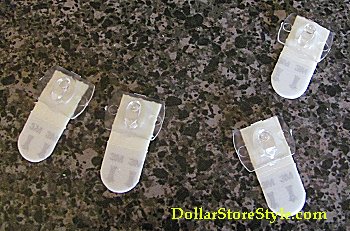 Once again, Command hooks come to the rescue. I used four of these clear small ones for the length of wall I was covering with a banner. 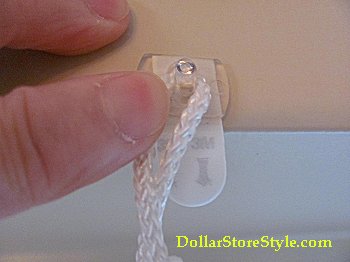 Once the hooks are in place at intervals along the wall, gently pull the cord down into the hook so it’s secured in place. 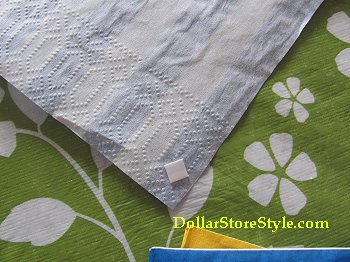 You need to hold the two sides of the napkin closed so they don’t stay flopped open and look more like a flag. I used a small piece of two-sided tape on the tip that I secured after the “flag” had been placed over the cord. If you want to use this banner outside, I would recommend gluing all the edges shut to prevent the wind from causing havoc with them.

I certainly wouldn’t recommend trying to signal a ship with these faux nautical flags, but they serve very well for a party at a beach house.

You won’t need all the napkins in the three packages, so use the rest at the dinner table as a continuation of the theme.

Read the next article to see more budget ideas for decorating at a “beach house.”